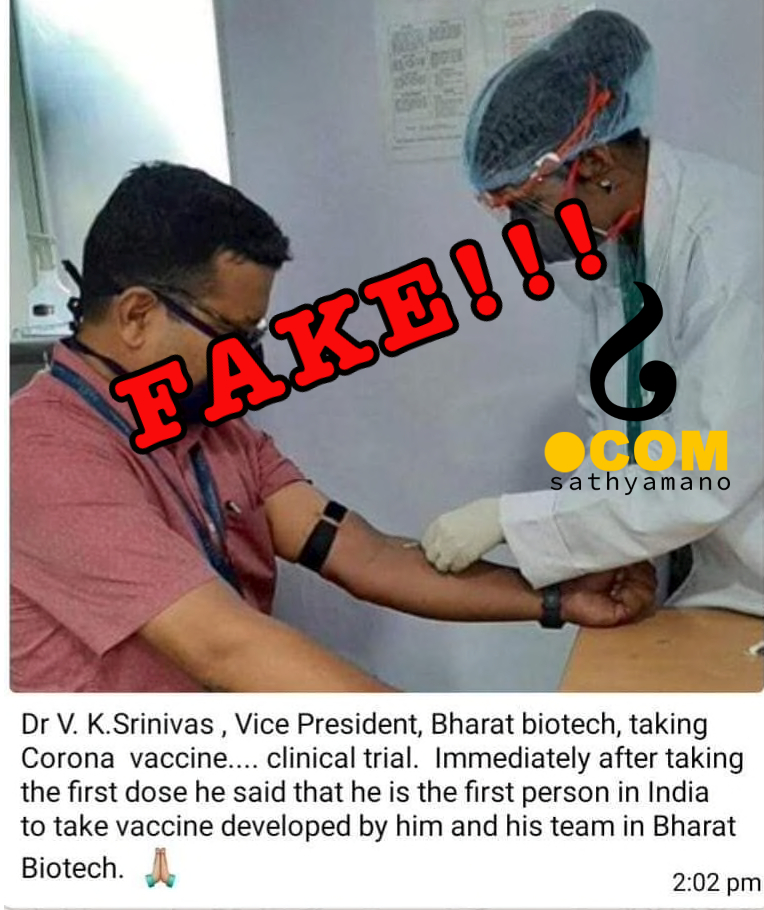 The above picture has been shared across platforms claiming it to be the first human trial of COVAXIN and the person taking the medicine is claimed to be the Vice President of Bharat Biotech International Limited(BBIL) , Dr. V K Srinivas. Some of these messages praises his and the group’s confidence in the medicine to take the first dose on himself.

As you suspected, the post and the message is false.

Below is the full tweet from their official page.

The two trials are designed to test whether the vaccine is safe, rather than whether it is effective.

The vaccine is called Covaxin and has been locally developed in collaboration with India's National Institute of Virology and Indian Council of Medical Research, according to Dr Krishna Ella, chairman of Bharat Biotech.