Truth? B Tech for dog handler job in IIT 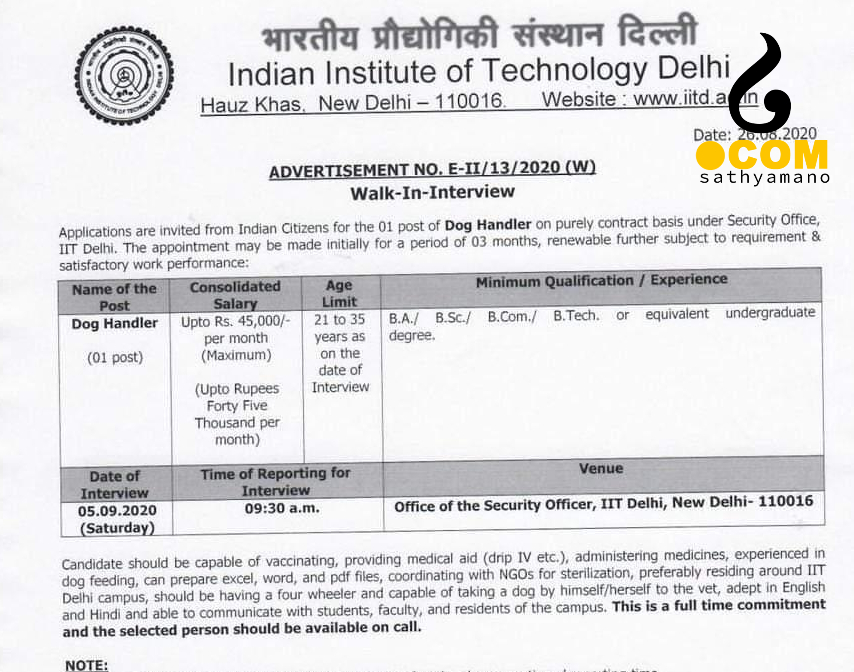 On August 26, IIT Delhi put out a notice inviting applications for the post of ‘Dog handler’. The job advertisement quickly became a topic of discussion as it stated that the applicant would require “B.A/B.Sc/B.Com/B.Tech or any equivalent undergraduate degree” for the position. Other qualifications included having a four wheeler and capable of taking a dog by himself/ herself to the vet. Many started criticizing the hiring process, while many others wondered it it was fake.