The Truth behind Elephant death in Kerala 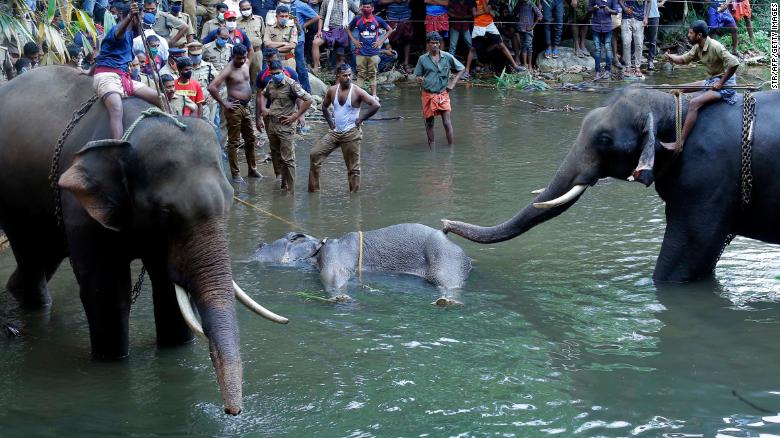 A very unfortunate incident has happened in Kerala, a southern state of India were a pregnant elephant died after a pineapple filled with fire crackers exploded in its mouth. The elephant sustained serious injuries and was in pain before eventually dying on May 27th.

The event has triggered country wide outrage and various public figures including celebrities , activists and politicians have come forward expressing grief and asking officials for action against the people responsible for the death.

After the event came in to notice, there have been numerous news and posts spreading false versions and posting with unrelated statements with a hidden agenda. Lets look at these one by one.

1. The incident happened in Palakkad, not Malappuram

Much of the controversy erupted after Bharatiya Janata Party (BJP) parliamentarian Maneka Gandhi, also an animal rights activist, said the incident happened in Malappuram district,. The incident actually took place in Mannarkad in Palakkad district which lies more than 50km east  of Malappuram. Several malayalis and other journalists have commented on the Facebook post, but its has not been deleted.

The above post from Maneka Gandhi also says that Malappuram is known for its criminal activity. There is no proof for this claim and its a generally peaceful place.

2. The elephant was not intentionally fed the pineapple filled with crackers.

Some media initially reported that locals had fed the pineapple filled with crackers intentioned to kill the animal. HSI(Humane Society International) India even offered Rs.50,000 for any one informing about the culprits. Local farmers use cracker filled pineapple to keep off wild boars that destroy farming lands and crops. This was accidentally consumed by the elephant which caused the explosion in its mouth.

3. There is no religious or communal aspect to the incident

After the news became public, social media was flooded with messages directly and indirectly targeting muslims in general for the incident. People have took to the statement that the incident happened in Malappuram and the fact that Malappuram has a 70% muslim population to conclude that the culprits are muslim. Hate messages even suggest that this was intentionally done because Hindus worship Lord Ganesha(God with a human body and elephant’s head). There are no evidences suggesting the culprit was muslim and as mentioned in first point, the incident did not happen in Malappuram.

Having said that, we are saddened by the fact some have used this tragedy to unleash a hate campaign. Lies built upon inaccurate descriptions and half truths were employed to obliterate the truth. Some even tried to import bigotry into the narrative. Wrong priorities.

Chief Minister of Kerala, Mr. Pinarayi Vijayan expressed his grief over the incident and pointed out that some lies have been spread with wrong priorities in mind.

4. Several attempts were made to save the elephant

News has spread that the authorities and forest officials did not take any step to save the elephant even after the news became public. The truth is that the elephant was found injured on May 23rd. She move back to the forest and officials were not able immobilize her for treatment. The elephant was spotted again after 2 days, standing in a river. Ashique Ali, a local forest officer said that attempts were made to immobilize her. Officials could not use tranquilizers as the elephant could drown. Even thought they tried with the help of other 2 elephants, they were not able to move her to ground and she died standing in the water on May 27th.