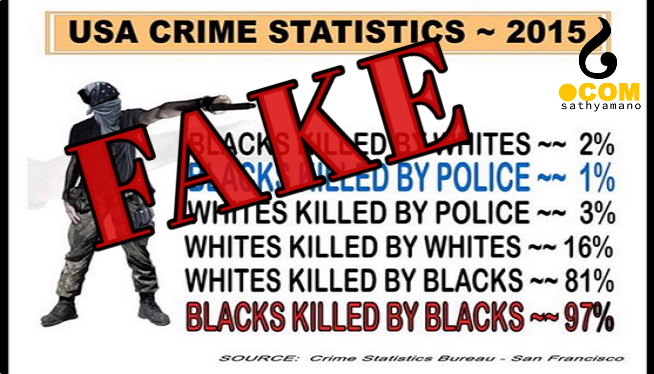 A 5 year old fake post has resurfaced in light of the latest events, here in US. While protests over the death of George Floyd is happening across the country this fake post is spreading again causing unrest.

The post shows murder statistics by race particularly between blacks and whites. The above post had come into attention in 2015, when then Republican Presidential candidate Donald  J Trump had retweeted this. We will list down the same facts that several sources have used to prove the statistics false.

Donald Trump had posted this in November, 2015. The data for 2015 which the post claims to  be based upon, would not have been publicly available until later next year. The numbers are evidently incorrect. Several independent agencies have proven the numbers wrong with the statistics from previous years. Below are correct stats from 2014 available at FBI’s Unified Crime Reports Data, 2014