Are Microwave Ovens Harmful to your body? 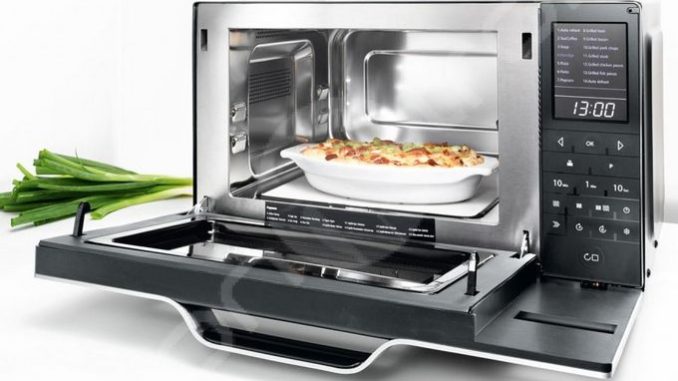 There are several myths surrounding the use and effects of Microwave Ovens. Before trying to check this, we have to understand how a microwave oven works.  Different kinds of radiation are all around us. Radiation from sun, TV, mobile phone, radio all carry energy. These electromagnetic radiations are transmitted at different wavelengths and frequencies. This range is known as the Electromagnetic Spectrum. Microwave falls between radio waves and infrared light in this spectrum.

In 1946, by accident, an engineer found that when he was near the magnetron of a radar system, the snack bar in his pocket started to melt. That led to the invention of the modern day microwave oven. Microwaves can carry high energy which can cause the polar molecules like that of water in food to rotate rapidly. This rapid rotation produces thermal energy which heats up the food.

Now we will try to answer several questions/myths surrounding this simple household appliance. Read on to see whether these myths are true or not.

This is not exactly true. According to The US Department of Agriculture microwaves can only penetrate food around 1 to 1.5 inches from the surface. That is the reason why the inside of some of your frozen food remains cold, even after repeatedly keeping in the oven. You might want to stir it up a bit and try again.

Myth 2: Microwave heats up anything

This is also false. The common house hold microwave oven has enough energy to heat up the liquid particles in food, which means the oven is actually heating up the water or oil in your food. It can’t heat up the air or water vapour inside the oven. That’s the reason the air inside remains at room temperature after its use. This is also the reason why liquids like milk or plain water heats up so quickly compared to other foods. So, microwave ovens can heat up only items with liquid content.

It’s a fact that some nutrients, particularly Vitamin C, breaks down when heated, but this can occur whichever way the food is heated. This is not something particular to a microwave oven. In fact, microwave is better than boiling, where some contents are leaked into the water. Also, microwave heats up the food fast, which means the food is exposed to heat for lesser time, which is also  a merit.

Somehow people associate high energy radiations with that of the microwave and believe micro waved food are cancerous. For this to be possible, the micro wave energy should be high enough to ionize or remove atoms/ molecules. Microwaves have much lower energy.

The only way micro wave can cause any harm through food is when you try cook food items like raw meat for the first time in micro wave. Like said earlier, micro wave ovens does not heat up evenly and this can cause some parts not to be cooked properly and can cause bacteria to remain which would have been killed in conventional way of cooking food. So, it might be better not to cook food like raw meat  in a microwave oven. But heating up, already cooked food is perfectly fine as the bacteria are already dead. Some believe being near to a microwave affects your body. Only way microwave can affect your body is the same way it affects food. It will heat up your body. But for this you have to be exposed to the radiations. The household ovens have a metal covering that does not leak out these radiations and you can be safely near the appliance.

Myth 5: All non metal containers can be used for cooking

This is definitely not true. The problem with metal is that these objects have electrons that are free to move instead of vibration in case of liquids. This movement generates created electricity and causes the microwave energy to be reflected causing sparks that can burn holes in the microwave oven. A lot of people use plastic containers. Some plastics containing lead, BPA(Bisphenol-A) or phthalates does not react to heat well. These let out harmful chemical when exposed to heat. This is also true when heated food is kept in these containers and not just when these are used for cooking in the micro wave. Plastic with allowed limits of these substances are tagged ‘microwave safe’ and those are the only kind to be used. Glass/ ceramic containers are the best as these are unaffected by heat.

TRUTH: Microwave is not in any way harmful to your body. Only harm can be from using plastic or non microwave safe containers and using microwave to cook raw food. Microwave is the fastest and safest available way to cook food.