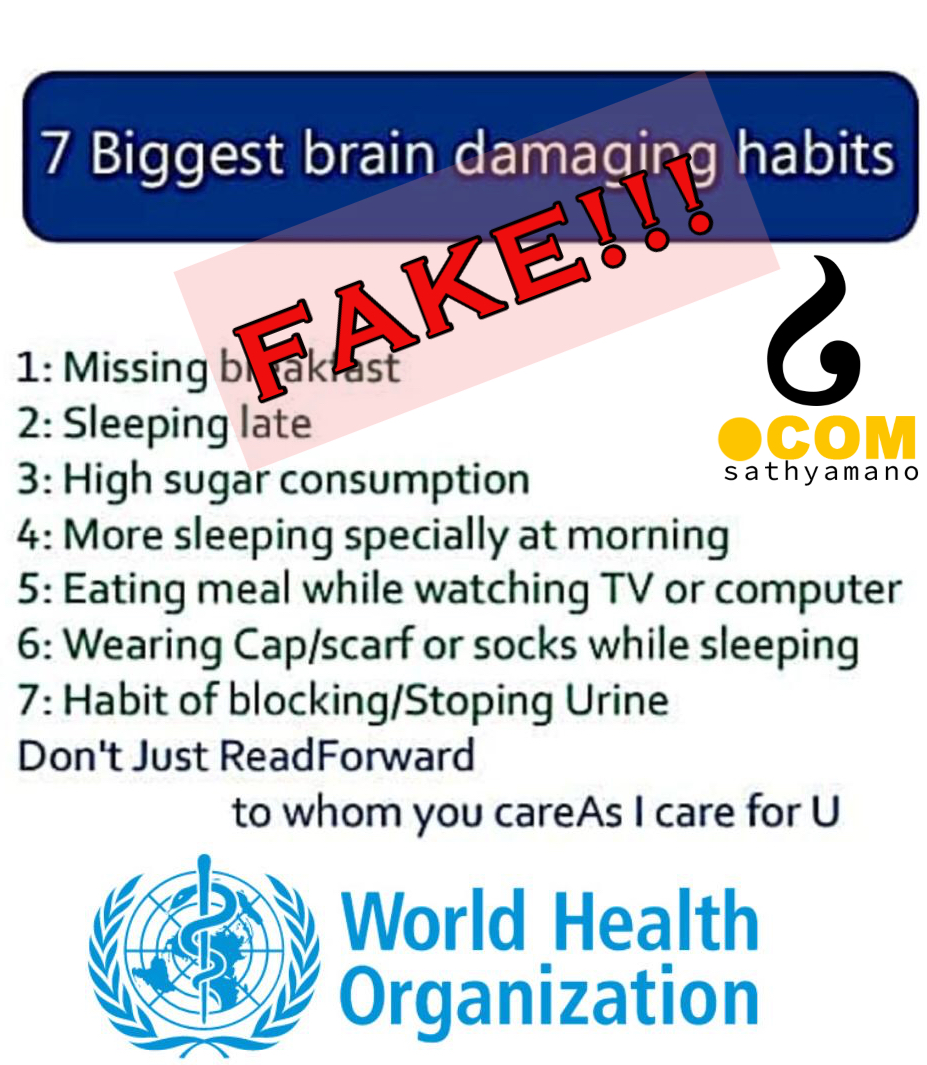 This has to be one weird list from World Health Organisation. We can easily doubt the authenticity of above by looking at the spelling of ‘stoping’, it's missing a ‘p’. ‘stoping’ is the process by which country rock is broken up and removed by the upward movement of magma. That cannot be what the post is referring to. Other than a spelling mistake, is the post correct?

For one, there is no way holding you urine for some time can cause brain damage. It can cause urinary tract infections or even kidney stones, but not brain damage(medicalnewstoday).

The other lists in the Internet seem to be individually edited lists for publicity. While many of those lists have some points in common, many others are unproven possibilities that are rare. Also many of these habits are different in different lists. You can go through few such lists below. Which ones do you feel are good enough to damage your brain. Some top 10 lists does not even have 10 points.