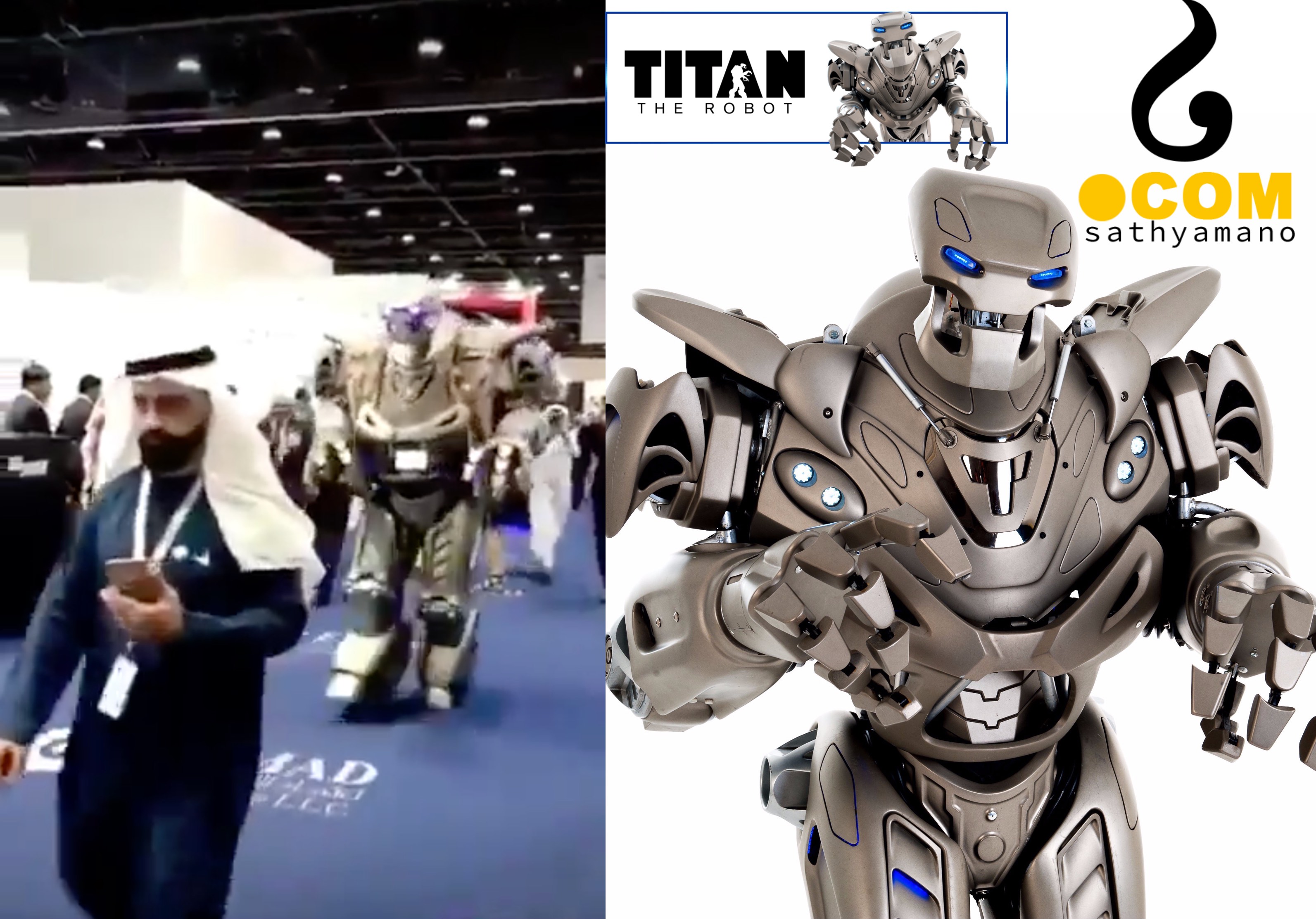 A video is catching everyone’s attention which is again, a fake message. The video is being shared across social media platforms with the description ‘King of Bahrain arrives in Dubai with his robot bodyguard fitted with 360 cameras and in built pistols’.

The video shows a man being followed by an 8 foot robot in a crowded place.

We have found that the video is real, but the message is FAKE.

The person in the video is not The Bahrain King and the robot is not a bodyguard. In fact it is an old video from February, 2019. This video was one of several videos shot at the UAE Defense show IDEX2019. The robot was one of the attractions of the show. The robot’s name is TITAN and it is said to be world’s first entertainment robot. But it is not actually a fully autonomous robot. There is a person inside the 8ft costume, controlling TITAN. You can watch the full video below.

TITAN is a partially-mechanised robot costume developed by the British company Cyberstein Robots. TITAN has made several appearances at major events. Its first appearance was in 2004 and several versions of TITAN has come since then.