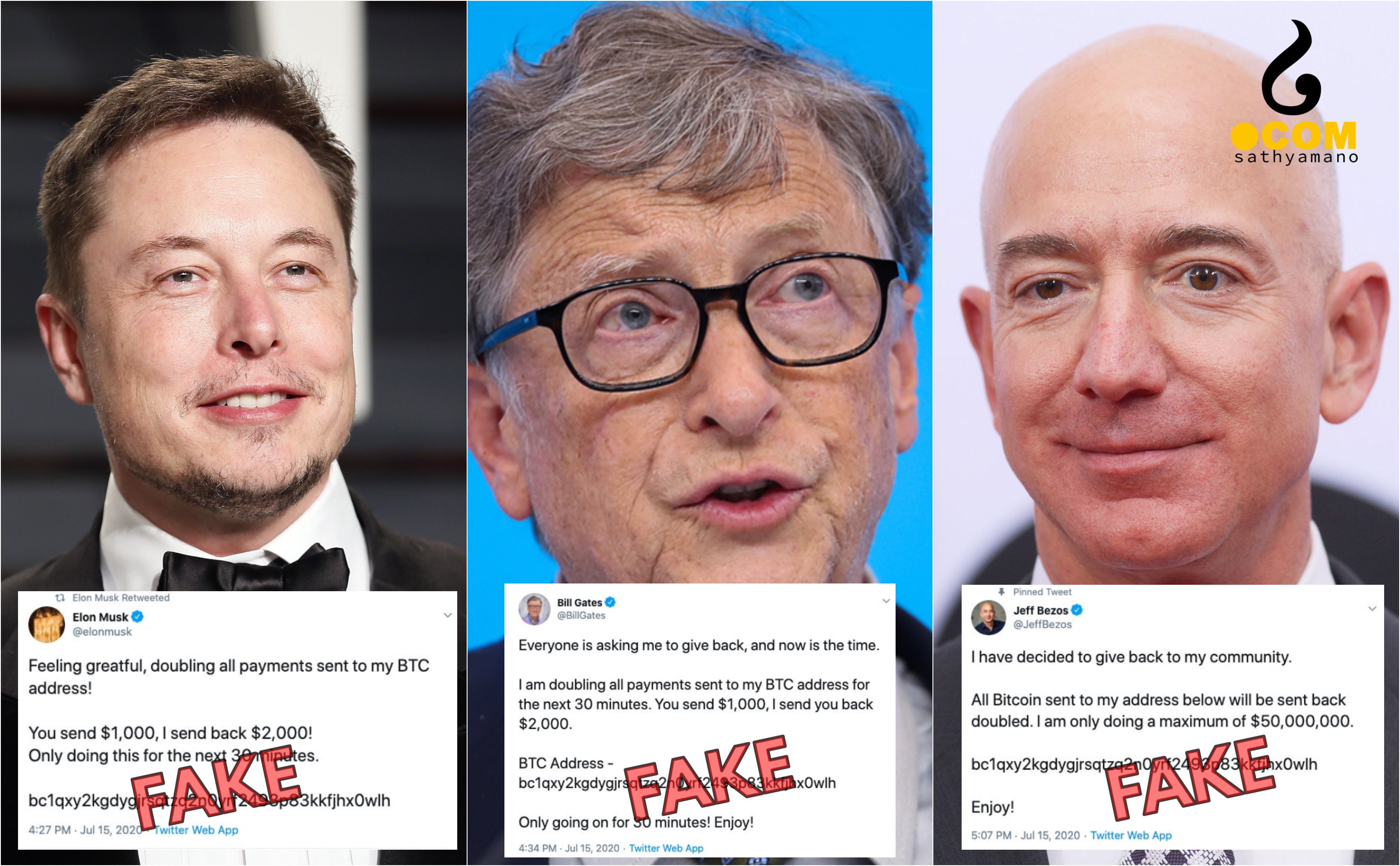 Some of these messages claimed to be as a relief for the hardships of COVID. The post had a bitcoin address along with it for the willing audiences to send the crypto currency.

It is unclear, who is behind this widespread scam. The attacker seems to have targeted verified Twitter accounts. Twitter has confirmed about the security incident and has commented “We are investigating and taking steps to fix it. We will update everyone shortly”. All the tweets remained several minutes on the respective accounts before being deleted.

We are aware of a security incident impacting accounts on Twitter. We are investigating and taking steps to fix it. We will update everyone shortly.

Other accounts that were hacked include billionaire investor Warren Buffett, official accounts of financial services and crypto exchanges like Cash App, Ripple, Binance, and Coinbase.

Accounts of companies like Apple, Uber also are victims of this cyber attack.

You may be unable to Tweet or reset your password while we review and address this incident.