Are Bumblebees breaking the laws of Physics while Flying? 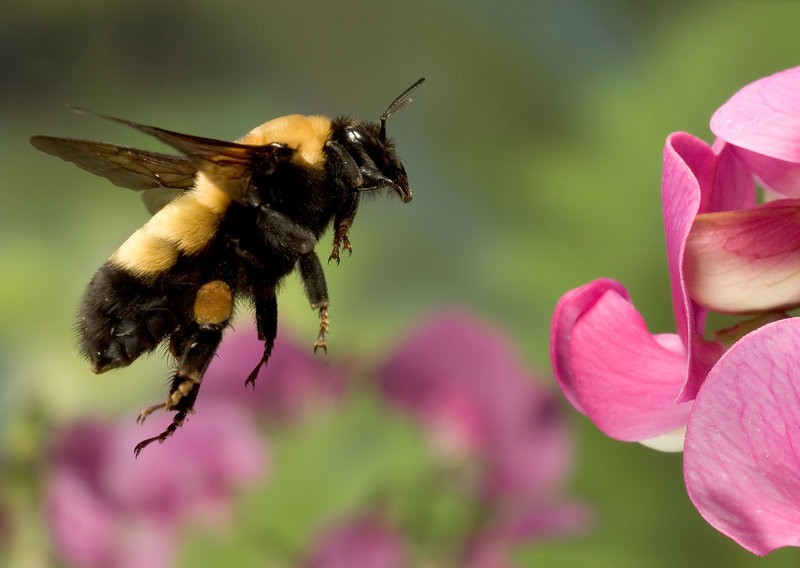 There is a popular myth that bees are not supposed to flying according to scientific laws. This myth has been there for decades. It became really popular after the Hollywood release of ‘Bee Movie’ in 2007. The opening lines of the movie goes like this.

“According to all known laws of aviation, there is no way that a bee should be able to fly.

Its wings are too small to get its fat little body off the ground.

The bee, of course, flies anyway.

Because bees don’t care what humans think is impossible.”

Is it true? Of course not. If you think bees are breaking all physics laws every time it flies, all the scientists would be after that to figure out the next scientific breakthrough. The popular origin story of this myth dates back to 1930s when a French entomologist(person who is an expert in zoology branch of insects) and a physician had a discussion about bees flight and the physician’s quick calculations from all the rules that he knew, he came to a conclusion that bees, infact, shouldn’t be able to fly. Their wings were too small to carry their weight. This story is not a documented one.

This would have been true if the bees try to fly the same way airplanes or birds do. They fly in a whole different way.

Let’s try to understand how airplanes fly. They use the size and shape of the wings and the power of the engines. When the body moves forward fast enough due to the thrust from engines, the airfoil shape causes low pressure on top and high pressure below the wing, which cause lift. According to this principle, greater the size of wings, greater the lift. This is the reason airplanes have large wings and they don’t need to flap them.

Now, how do birds fly? Do they have the thrust needed? No. To do so, they would have to run on the ground for a couple of meters really fast to cause the pressure difference. But, birds flap their wings to get this lift. They push the air down and move upward. Thats the reason birds have elbows in wings, so that they can fold their wings while taking it back up. This avoids resistance on the way back. Otherwise the wings would be pushing air up while they take their wings up and bring the bird down. They use this plus their streamlined body to move forward. This is the same reason, birds cant fly backwards(except humming birds which has more in common to insects), because they cant open their wings and push backward. Wings only fold one way.

Now, coming to bees or insects for that matter. They don’t have enough size  to their wings to fly either of the 2 ways. Their wings don’t have elbows, so they cannot fold them to get upward lift only. So, how do they do it?

The flapping of the wings also form a twisted motion that creates mini vortices(hurricanes) every time they flap it. Hurricanes have low pressure on the inside and high pressure outside. This also gives them the lift.

Now you know the reason how bees and insects fly and can carry a lot of weight on them.