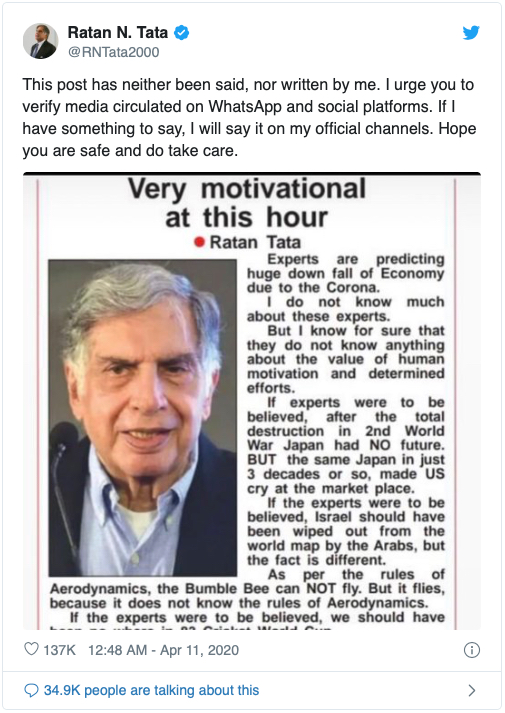 An inspiring quote about how the Indian economy will come out of the Corona virus is the latest hit. The only problem with it is that its being attributed to the wrong person- Rata Tata. Is the quote motivational? Sure it is. But was it said by Ratan Tata. Not at all. The quote came out like a printed paper cutting and spread so fast because people genuinely believe this is something that they can relate to Ratan Tata, being the inspiring person that he is. Ratan Tata himself has brought this to the people’s attention. He also added that if he has something to say, he will say it on his official channels.

Ratan Naval Tata is an Indian industrialist, philanthropist, and a former chairman of Tata Sons. He was also Chairman of Tata Group, from 1990 to 2012, and again, as interim chairman, from October 2016 through February 2017, and continues to head its charitable trusts. He is an inspiring person to all Indians